The plot is about 5 friends 19-21 years old germans living in nazi germany when Adolf Hitler was ruling in this country.

Charlotte goes as a medic to heal wounded nazi german soldies during invasion on Poland.

Greta wants to be a singer.

Viktor is a boyfriend of Greta, also, what is pointed out in the movie, he is jewish.

Well… it seems like a classical historical movie. Some kind of wicked german war version of Friends.

The plot tells us about the history of every of the five friends. They are shown in this movie like they were just some stupid folks who don’t know what war is, and how the war affected their lives in the way they didn’t want to.

For example: Greta breaks up with Viktor, because he is Jewish, and fucks with a german nazi officer. But she is not so bad: she helped Viktor to run away from Germany where Jewish people are killed.

Wilhelm, or Friedhelm is ordered to kill and kills Russian prisoners of war withouth any remorse. But they are not so bad. They for example try to help a girl beaten by ukrainian collaborants of nazi army. Unfortunately the girl is killed by other german nazi officer.

And Charlotte: she is like Hermiona in Harry Potter. Except she tells to superior that one woman is Jewish what leads supposably to her death. But she was like… stupid. She didn’t know… But she is lovely and she loves Willhelm, or Friedhelm (well.. who cares who).

And Viktor. Victor runs to save his life from german nazis. And he runs in the direction to Russia crossing lands attacked by german nazis.

Well…. until this point it’s just a wicked war-love-friend, german story like any other. Until the Victor story begins…

Next you can see other Polish farmer who shows Germans where Victor can be found. But no all Polish people are shown like antisemites. Other farmer from a poor willage with destroyed clothes gives Victor food. And goes out to get German soldiers. Oh… he is also shown like antisemite.

Fortunately the son of the farmer is good, and points him the way to Polish partisans. Victor joins them but does not reveal he is Jewish.

As you can imagine Victor talking in german could have some trouble joining Polish partisans forces. But now. Instead partisans leader smells him (yep, it’s what you see in this movie) and asks him if he is Jewish. Fortunately (according to the plot of movie) he tells he is not. In pure german of course: “Nicht, ich bin nein Jewish”. So the partisans says: “ok, you can join us”.

But those are not all parts of the Victor story where Polish people are shown as uncivilized antisemites. Also farmers helping partisans ask them if there is no Jew with them. Leader of partisans says no, because he can smell one, and his friend adds: “we drawn Jews like cats”.

Well.. there is more scenes in Victor story where Polish people are shown like demoralized, antisemite killers. For example they stop a train killing Germans leading him to German death camp. One of Polish partisans opens a wagon, and he is disgusted of the wagon being full of Jews. He tells Victor it’s better to leave them to death and that they are worse than communists.

Unfortunately for Victor they discover he is jew. Partisans decide to kill him, but his leader goes with him deeper into forrest, and gives him a gun and tells him he needs to leave them.

As you can see the plot of Victor is in the movie only to show Polish partisans defending against Germany are uncivilized antisemites.

Adding to this view of Philipp Kadelbach, director of the movie, you can see a little more scenes of Polish people. For example Wilhelm in one scene kills several Polish people by hanging them. While the movie goes Wilhelm and his brother are more and more brutish. Killing men, but also women, children, Polish and Russian partisans. Once he saves burning old peoples house, but a moment after he shoots to death his jewish friend caught by other German soldiers.

Yep. So those are most of the quirks in the movie about Polish people. But there are also other.

For example Warsaw in Poland was totally destroyed by Germans attacking our country. But movie focuses more about Berlin destroyed when Allies started to win with Adolf Hitler.

Why this movie is so great?

I’ve described what is told about Polish people in the movie and about the main characters. As you can see German friends are not quite clean. They do bad stuff and sometimes something good. They are complicated and interesting. When they are ordered to do something bad (also to kill) they do it without any thinking. And when they can do something good they do it. But still when i watched the movie i had the feeling like Philipp Kadelbach tries to explain why they were so brutish, to give them an excuse. To show they were not bad ppl, just the situation made them bad. I don’t accept this interpretation but it’s a law of the moviemaker to show interpretation of characters actions.

Why this movie is so bad?

Maybe if this movie would be only about a pack of stupid German friends that discovered they were able to do anything, including killing, if they were ordered to do so, it would be just a movie excusing invaders people who survived the war Germany announced to Poland. Well.. this story could happen right? Ye, it could happen.

So i have a lots of doubt about this part. Of course, it could be that there were some antisemites in Poland. We can go this way, and tell the director has right to show in movie any situation that could have happen. But here are some things worth to notice.

First of all it’s not science fiction or fantasy. There are some real situations like German invasion on Poland movie is about. Of course the plot of friends can be imagination. Ok. But all those parts of Victor story does not have impact on the main plot of the movie. In some moments you just start to think why director decided to add them to the movie. And it’s not like there is one event. Every part of movie where Polish people occurr shows Polish people as bad characters, antisemites etc. In best Polish people are just neutral to the plot.

But why it is important?

So. Why i have problems with this part of the movie? Because i’m from Poland and i know what was the big picture of 2WW. I know also from people how did it look like and what happened than.

The movie in the part where Germans are shown is interesting to see and i know people in Germany learned a lots about how they Mutters and Vaters acted during the war. We all should remember how bad war so it will never happen again.

Now we know all those things and i can’t imagine Generation War creators and people delighted about the movie and giving prizes for it don’t know this as well.

So my conclusion is that the movie could be good, but it isn’t. If Goebbels would be alive, he would be very happy about Generation War to be produced. He didn’t acomplish what this movie creators achieved.

If German current generation sees the 2WW like the movie creators than i am very worried about future. If this is true, they don’t know nothing about the history. And they, like no one other, should know it best.

I would be willing to assume that it’s not purposefull, but it’s hard nowadays. We receive a lots of information that in German newspapers German Death Camps located in Poland are described as Polish Death Camps. And year after year this issue is growing. People are pointing it out but newspapers in Germany just does not care about it. And other copy this withouth any thinking.

Lately polish Gov started to work on a legal law that will ban “Polish Death Camps”. It’s one of way to act on this kind of stuff. I don’t know what other can be done. But something should be done in order to clear the view of the past. Before 2WW and first World War there was no media like now, movies and Internet. But there was newspapers, articles, books etc. And than, before war began, Polish people were also shown around the world as uncivilized and antisemite. It made it so easy for Adopf Hitler to attack our country without any reaction from the world.

I don’t want to point out that there are any similarities. Past is something we should learn from to make future better. 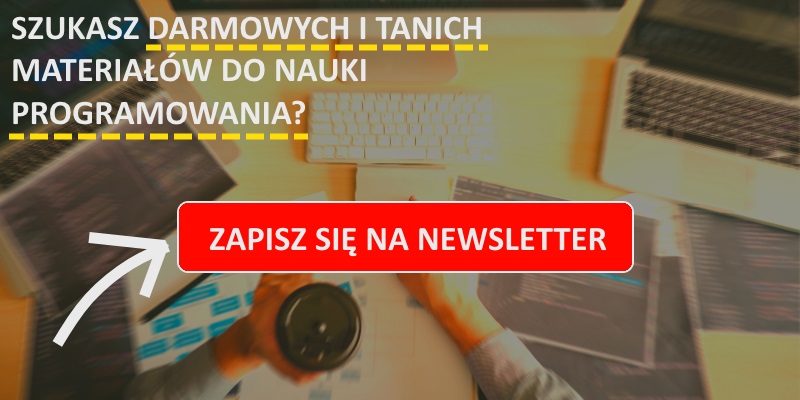